"We are all of us stars, and we deserve to twinkle."

Marilyn Through Our Artists Eye's

Actress Marilyn Monroe continues to appeal to us having overcome a difficult childhood to become one of the world's biggest and most enduring sex symbols.

Her appeal for some is that she was sexy and beautiful; others are people who adore her sensitivity and the way she never stopped trying to make her life more fulfilling. Perhaps it is a mixture of everything that makes her so appealing, and the reasons continue to evolve as time passes by.

Monroe died of a drug overdose on August 5, 1962, at only 36 years old.
Forever immortalised through film, photography and of course art.

"Keep smiling, because life is a beautiful thing and there's so much to smile about."

Check out our artists inspired by Marilyn Monroe

Marilyn Monroe - press conference at the Savoy Hotel in London, 1956.

Part of the Savoy Suite, this piece captures the legendary American actress Marilyn Monroe. As one of the most popular sex symbols of the 1950s, the ill-fated model and singer delighted fans with films like The Seven Year Itch and Bus Stop. 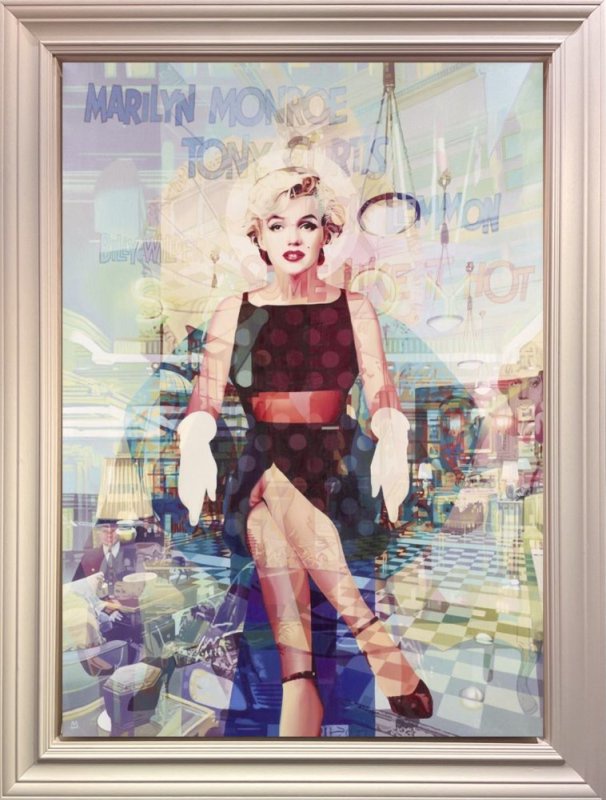 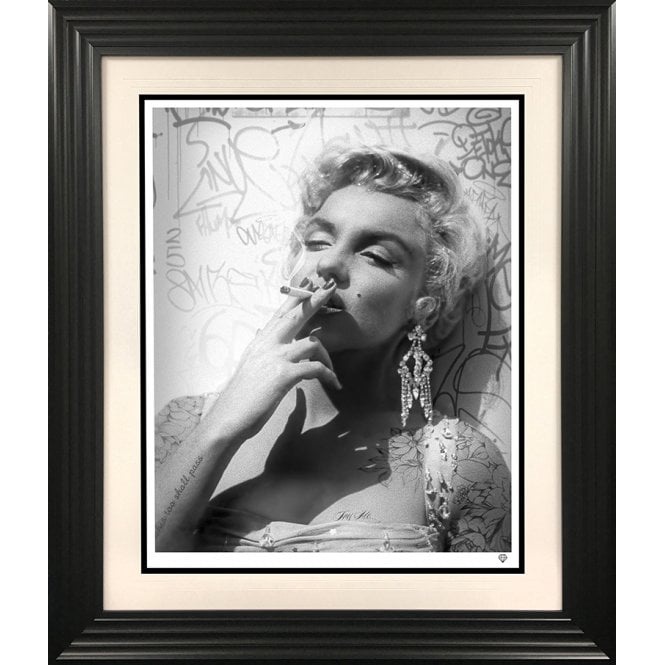 With her unique approach to collaging, Maria's
artwork intertwines fragments of vintage ephemera,
with reference to film and
TV, to spin bizarre and dreamlike tales. 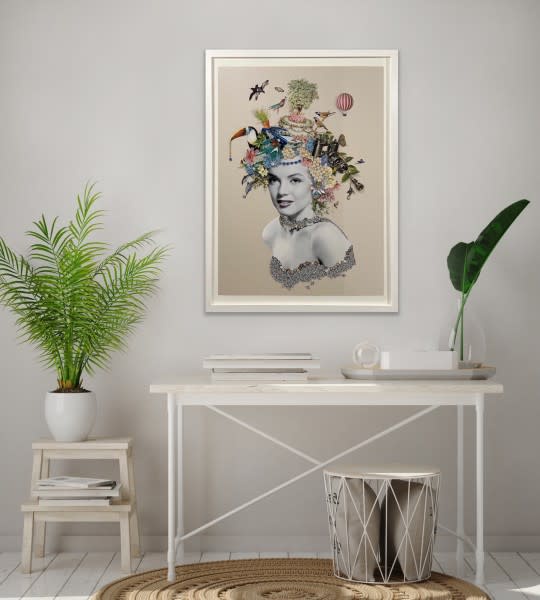 One of the most important photojournalists of the twentieth century, Eve Arnold had a prolific career documenting people both ordinary and famous. 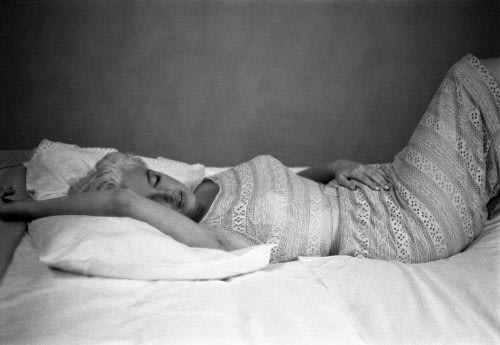 Probably Arnold's best-known work is her photography of film star Marilyn Monroe, published in book form in 1987 and revised and reissued in 2005. Six sessions took place over a 10-year period, the shortest two hours and the longest two months, when Arnold saw her daily during filming of The Misfits. 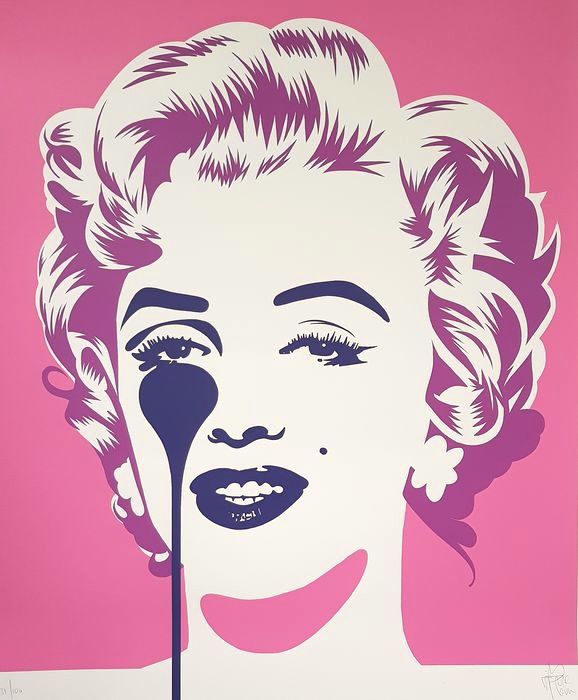 ThIs image of Marilyn is taken from a publicity photo for the film Niagara, an American 1953 film noir thriller film directed by Henry Hathaway. Monroe was given first billing in Niagara, which elevated her to star status.