Look who popped into the gallery to drop off two fabulous new works. 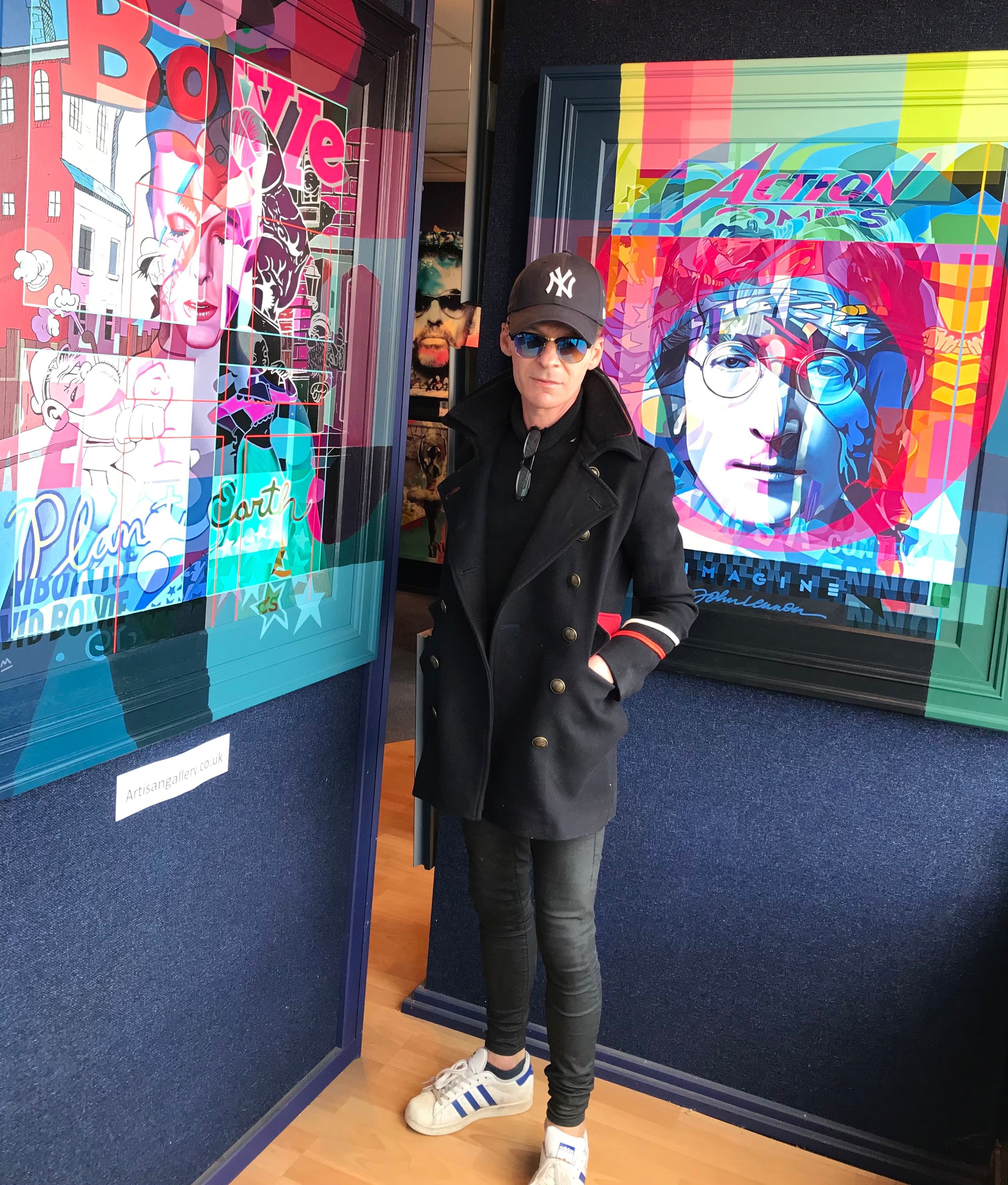 With his stunning use of colour evident in these new artworks renowned artist Stuart McAlpine Millers work continues to attract the attention of galleries and collectors across the world.

Stuart McAlpine Miller was the artist in residence' at The Savoy Hotel, London. Eight paintings were unveiled in November 2012. "A Time For Reflection" hanging in the Thames Foyer at The Savoy, It is one of the most popular parts of The Savoy. As The Savoy’s artist-in-residence McAlpine Miller fully immersed himself in the rich history of The Savoy spending time looking through the hotel archives and also in the hotel itself.

McAlpine Miller has also collaborated with legendary footballer Pele to create a series of paintings to celebrate this sporting icon's 75th birthday. The art works were unveiled at The Halcyon Gallery, Mayfair in September 2016.

His new works form part of his Lost Lives // Split Personalities series, marrying a homage to the musical greats who’ve inspired him throughout his career with a deeper exploration of the people behind their performer personas. Stuart McAlpine Miller has produced a deeply complex body of work, imbued with symbolism.

“My paintings are based upon an illusion, allowing me to blend past with present.”