We are delighted to announce a virtual exhibition with Pure Evil on Saturday 27th June.
The  exhibition will go live on the Artisan website @ 12 pm

JUST WHO IS THIS PURE EVIL GUY ANYWAY ?

Pure Evil was born Charles Uzzell Edwards in South Wales in 1968. He grew up in a world of art thanks to his father, Welsh painter John Uzzell Edwards . The father’s artwork undoubtedly impacted his son, demonstrated in a range of influences from Cubism to Minimalism, from Picasso to Chagall.

The physical and cultural landscape of the 1990’s U.S. intrigued and beckoned the young Pure Evil, and upon completing his studies in graphics and fashion in London he picked up his skateboard and set off for California’s West Coast. He established himself in San Francisco, as a clothing designer / pattern cutter / graphic designer. He produced countless t-shirt graphics for screen printing, dropped in on the West Coast rave scene, and travelled to Japan where West Coast Streetwear was a hot item.

Back in London, PURE EVIL fell in with the people involved in Bansky’s “Santa’s Ghetto,” and he started creating prints for Pictures on Walls. When the U.S. denied Pure Evil’s application for re-entry it was a ‘Deus ex Machina’ (Gods Machine) moment for him, where his life changed direction in a completely unplanned way. There was no return to the USA possible for 10 years.  The artist set up shop in a small shed in the Black Mountains of Wales and started collaging and making stencils. After a productive period of isolation and soul searching he moved back to London holding his first Pure Evil exhibition in 2006. 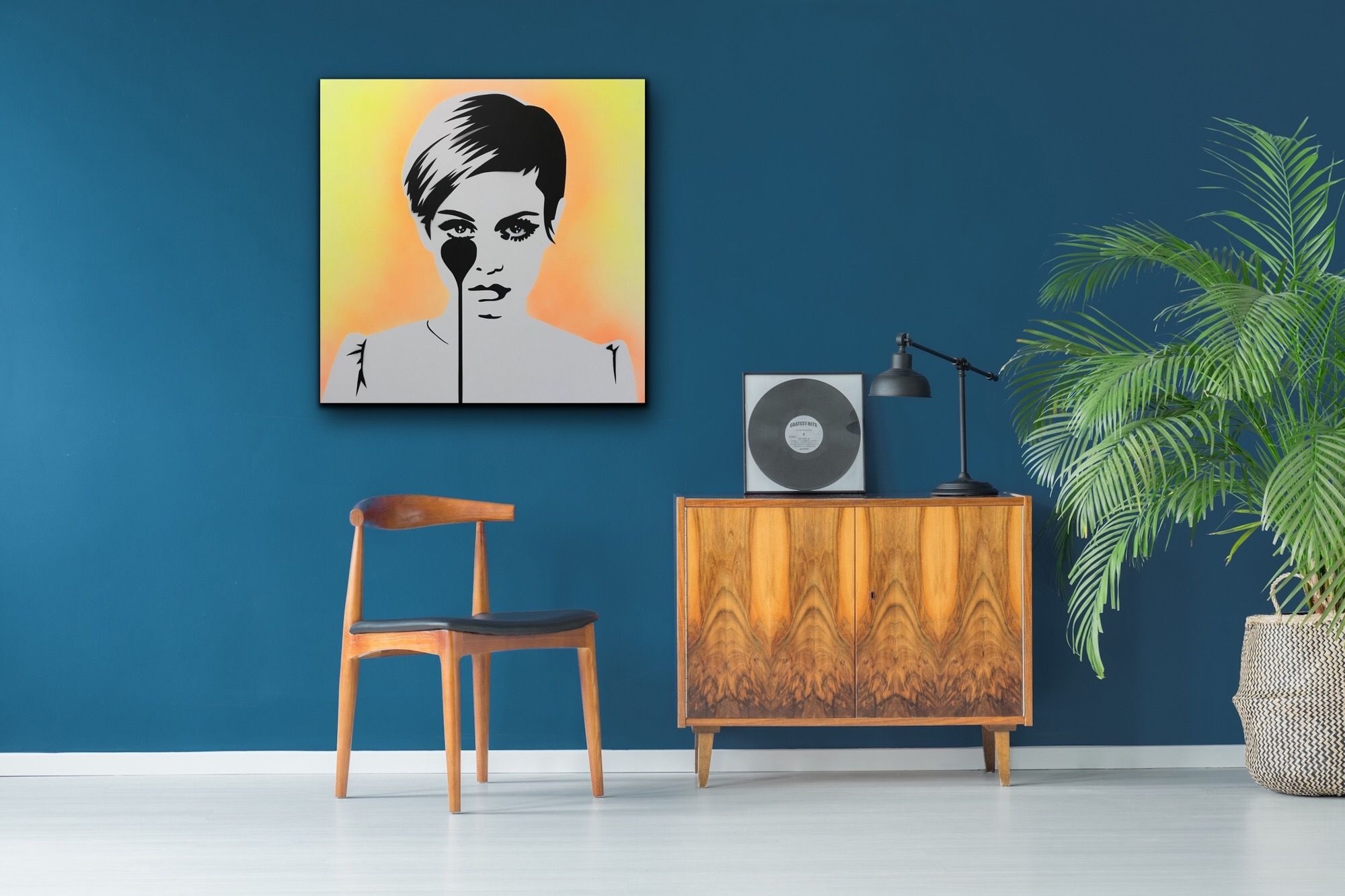